John grew up near Westminster, MD and moved to Frederick County with his family in 2017. After college, he served in the US Air Force for 10 years as a musician. During his time in the service he performed numerous concerts for civilians and military troops from Michigan to Florida, and Baghdad to the 2012 Super Bowl.

In the USAF he took a few drafting courses and became involved with Habitat for Humanity. These experiences, combined with constant travel for 10 years, helped to grow his interest in real estate.

The two hardest jobs he ever had were working a steer farm as a boy, and the year he homeschooled his two children.

John and his family have happily put down roots in Thurmont, in a home they purchased through the Day Home Team in 2017.

WE'VE HELPED THOUSANDS OF MARYLAND, PENNSYLVANIA AND WEST VIRGINIA FAMILIES JUST LIKE YOURS

GET IN TOUCH WITH US 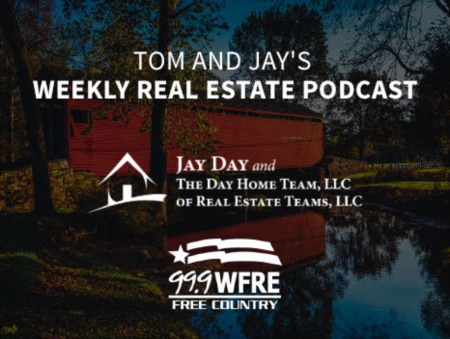